SPLAX is a non-profit, volunteer run organization. Having no paid staff, our program relies entirely on volunteers including parents, grandparents, and others to run a successful program. Our expectation is that each family will donate time to the association during the season. We do not currently have an hour minimum nor do we charge an opt-out fee like other associations.  Additionally, we would love to see more volunteers during the critical off season as well to make sure our association remains healthy and can transition to new leadership as families move through our program. Ask a board member how you can engage in off season activities.

It truly takes your involvement to ensure that we are able to provide a memorable experience for all program participants each lacrosse season. We ask you to support your children and maximize your investment in this program by volunteering. There are many opportunities to support the association throughout the year. Scroll down for more information and points of contact for:

A team manager is critical to keep all the components of a team functioning. It is a very important role that has a profound impact on the team. The Team Manager is basically a stress remover. You can help to eliminate stress for the coach, the parents and the team.

The tasks are relatively simple. Minimally, the Team Manager(s) help organize the team and act as a liaison between parents and the coaching staff. There is not a hard and fast rule about what you need to do or how you need to do it. You can approach this in your own way and in your own style. 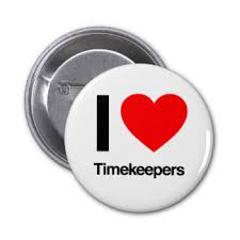 Each home game requires us to have a Scorekeeper, Penalty Box/Timekeeper, and Sideline Chill Manager. For away games we need a Sideline Chill Manager. Without these volunteer positions filled our team potentially face penalties. The job descriptions are easy and listed below. Please send an email to saint.paul.lacrosse@gmail.com indicating your preferences for volunteering at games.

Scorekeeper  The scorekeeper keeps track of the score during the course of the game and confirms the score with the referees at the end of the game. The score keeper also records essential statistics such as penalties, time outs, goals and assists per player and teams.  These statistics are entered into the game scorebook and reported to the governing body for whichever league the teams are playing (MBSLA, MSHSL, MSSLAX, YLM, etc).

Penalty Box / Timekeeper  The time keeper works in conjunction with the scorekeeper and referees and keeps track of the time, time outs, and penalty times during the games. The time keeper will keep the referees and coaches from the teams in play apprised of time remaining and count down time to release of penalties or end of the quarters.

Sideline Chill Manager The sideline manager assists with keeping things cool, sportsmanlike and player focused during the games. Some adults occasionally become a little too boisterous in their criticism of officials, coaches or players on the field and need a gentile reminder that the game is being played by children and the adults needn't throw tantrums. Most often, a simple caution will suffice. In rare instances, the official may stop the game until the offending party has removed themselves from the field.

We know our Association is filled with really skilled and talented people! Consider putting your talents to work and joint one of our Association Committees. Joining couldn't be easier...send a link the Committee Chair below and we will be in touch!

Marketing and Communications  The Marketing and Communications committee shall coordinate the branding, advertising, web and social media presence and communications of the Association between members and to the public such that the Association’s intentions, presence, message and actions relative to and in support of its mission are consistent and clear. The committee will help to deliver on SPLAX goals for fundraising, recruitment, volunteers and parent involvement. Email Rebecca Stewart to inquire about this committee.

Fundraising  The Fundraising committee shall create, coordinate and implement the fundraising, grants, and sponsorship activities of the Association. The committee shall work closely with the Marketing and Communications committee to achieve its goals. Email Kevin Flynn to inquire about this committee. Help us raise funds to provide equipment, offer scholarships and decrease the cost of our operations for everyone.

Uniforms and Spirit Wear  The Uniform and Spiritwear committee shall oversee the ordering, purchase, distribution, collection and storage of practice and game uniforms for association teams; and, the offerings of Spiritwear for the association. Email Amy Kircher to inquire about this committee.